Yad Kennedy is one of the special spots just outside Jerusalem in the Jerusalem Forest. It is dedicated to the memory of John F Kennedy. Yad Kennedy is a largish building on top of one of the highest hilltops in the area commanding superb views. The memorial represents a tree cut off in its prime, with the emblems of the US states on each of the supports.

The Views from Yad Kennedy

The Yad Kennedy building itself is not generally open to the public, but many visit just to enjoy the fresh air and the unrivalled views of the district. There are many nature trails along the hill side. Enjoy the views at the top, but, even if you don’t plan to walk down the hill take a minute or two to follow the road one level down (as it winds down the mountain) we think that the views a little lower down are actually better. Getting to Yad Kennedy

Yad Kennedy is at the end of route 3877 after passing through Moshav Ora & Moshav Aminadav in the general vicinity of Hadassah Hospital & the village of Ein Kerem. The building is wheelchoir accessible from the car park. 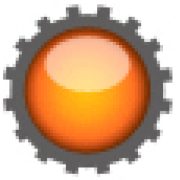 Cycling in the Jerusalem Hills